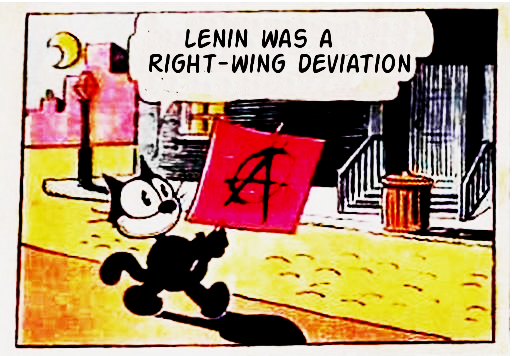 The Bolshevik dictatorship BEGAN by instituting a system of the grossest inequality, of unequal compensation and discriminating rewards. At the very beginning of their rule they established 14 different grads of “payok” (food rations), discriminating between the sailor and the soldier; between the soldier and the worker; between the worker in one industry and that of another; between the proletarian of the city and the toiler in the fields; between the field toiler and the day laborer; between the latter and the teacher; between the teacher in the industrial field and the instructor in the educational line; between the teacher of lower grades and those who had a university education; and so on, ad infinitum. At one time there in Russia over 25 different “grades” of labor, remunerated differently. Naturally such a condition of “communism” immediately created disaffection and resentment. It was still increased by the fact that a member of the Bolshevik Party, even if not a worker, received a far better ration than the best workingman. And a Bolshevik official received still more, with numerous special privileges that could not fail to arouse the protest of the ordinary proletarian in the factory and shop.

That initial injustice and inequality was CHARACTERISTIC of the entire Bolshevik system. Nor were those tactics dictated by the needs of the situation. On the contrary, they were the results merely of political party considerations. Having usurped the reins of government and fearing the opposition of the people, the Bolsheviki sought to strengthen themselves in the government seat by currying favor first of all with the sailors, then with the soldiers and finally with the city workers. But by those means they succeeded only in creating indignation and antagonism the masses by the crying and obvious injustices. It must never be forgotten that the interest of the masses and their loyalty to a revolution depends FUNDAMENTALLY on their feeling that they revolution represents justice and fair play. The masses instinctively see in revolution the enemy of wrong and iniquity; to them the revolution mean the correction of such wrong, their abolition. In this sense revolution is a highly ethical factor and a great inspiration that rouses the people to acts of great self-sacrifice and heroism.

The whole philosophy and tactics of the Bolsheviki ignored this great ethical principle. Initial wrongs paved the way for numerous other and even more terrible injustices. The direct and inevitable result of these policies was to paralyze the economic life of the country. The dictatorship and the red terror by which it was maintained antagonized the people; the new despotism embittered the masses. The repression of every independent effort alienated the best elements from the Revolution and made them feel that it had become the private concern of the political party in power. Facing a new tyranny instead of the longed-for liberty, the workers became discouraged. They felt their revolutionary achievements taken from them and used as a weapon against themselves and

their aspirations. The proletarian saw his factory committee subjected to the dictates of the Communist Party and made helpless to protect his interests as a toiler. His labor union became the mouthpiece and transmitter of Bolshevik orders, and he found himself deprived of all voice, not only in the management of industry but even in his own factory where he was kept at work long hours at the poorest pay. The toilers soon realized that the Revolution had been taken out of their hands, that their soviets had been emasculated of all power, and that their country was being ruled by some people far away in the Kremlin, just at it was in the days of the Czars. Eliminated from revolutionary and creative activity, living only to obey the new masters, constantly harassed by Bolsheviki and Tchekists, and ever in fear of prison or execution for the least expression of protest, the worker became embittered against the Revolution. He deserted the factory and sought the village where he might be furthest removed from the dreaded rulers and at least secure of his daily bread. Thus broke down the industries of the country.

The peasant saw leather-clad and armed Communists descend upon his quiet village, despoil it of the fruit of his hard labor, and treat him with the brutality and insolence of the old Czarist officials. He saw his Soviet dominated by some lazy, good-for-nothing village loafer calling himself Bolshevik and holding power from Moscow. He had willingly, even generously, given his wheat and corn to feed the workers and the soldiers, but he saw his provisions lie rotting at the railroad stations and in the ware houses, because the Bolsheviki could not themselves manage things and would let no one else do it. He knew that his brothers in the factory and in the army suffered for lack of food because of Communist inefficiency, bureaucracy, and corruption. He understood why more was always demanded of him. He saw his few possessions, his own family provisions, confiscated by the Tchekists who often took even his last horse without which the peasant could neither work nor live. He saw his neighbor villages, that rebelled against these outrages, leveled to the ground and the peasants whipped and shot, just as in the old days. He turned against the Revolution and in his desperation he determined to plant and sow no more than he needed for himself and family and to hide even that in the forest.

Such were the results of the dictatorship, of Lenin’s military communism, and Bolshevik methods. Industry stood still, the bitterness of the workers, and the peasant uprisings began to threaten the existence of the Bolshevik regime. To save the dictatorship Lenin decided to introduce a new economic policy, known as the “nep”.

The purpose of the “nep” was to revive the economic life of the country. It was to encourage greater production by the peasantry by allowing them to sell their surplus instead of having it forcibly confiscated by the government. It was also to enable exchange of products by legalizing trade and reviving the cooperatives formerly suppressed as counter-revolutionary. But the determination of the Communist Party to hold on to its dictatorship made all these economic reforms ineffectual, because industry cannot develop under a despotic regime. Economic growth, as well as trade and commerce, requires security of person and property, a certain amount of freedom and noninterference in order to function. but dictatorship does not permit that freedoms; its “guarantees” cannot inspire confidence. Hence the new economic policy has not produced the results desired, and Russia remains in the throes of poverty, constantly on the brink of economic disaster.

Industrially the dictatorship has emasculated the Revolution of its purpose of placing production in the hands of the proletariat and making the worker independent of economic masters. The dictatorship merely changed masters: the government has become the boss instead of the individual capitalist, though the latter is now also developing as a new clans in Russia. The toiler has remained dependent as before. In fact, more so. His labor organizations have been deprived of all power, and he has lost even the right to strike against his governmental employer. “Since the workers, as a class, wield the dictatorship”, the Communists argue, “they cannot strike against themselves”. Accordingly the proletarians in Russia pay themselves wages that are not sufficient for bare existence, live crowded in unhygienic quarters, work under most unsanitary conditions, endanger their health and lives because of lack of industrial precaution and safety, and arrest and imprison themselves for an expression of discontent.

CULTURALLY the Bolshevik regime is a training school in  party fanaticism, with no access to ideas differing from the views of the dominant clique. It is the rearing of an entire people in the dogmas of a political church, with no opportunity to broaden and cultivate the mind outside the circle of opinions permitted by the ruling class. No press exists in Russia except the official Communist publications and such others as are approved of by the Bolshevik censor. No public sentiment can find expression there, since the government has a monopoly of speech, press, and assembly.

It is no exaggeration to say that there is less freedom of opinion and opportunity to voice it under the Bolshevik dictatorship than there had been under the Czars. When Russia was ruled by the Romanovs you could at least secretly issue pamphlets and books, since the government then had no monopoly of the paper supply and printing presses. These were in private hands, and the revolutionists could always find ways to use them for their propaganda.

To-day in Russia all the means of publication and distribution are in the exclusive possession of the Government, and no person can express his views to the public unless he first secures Bolshevik permission. Thousands of illegal publications had been issued by revolutionary parties during the autocratic Romanov regime. Under Communist rule such a happening is most exceptional, as witness the indignant amazement of the Bolsheviki when it was discovered that Trotsky had succeeded in publishing the platform of the Opposition element in the Party.

SOCIALLY Bolshevik Russia, ten years after the Revolution, is a country where no man can enjoy political security or economic independence, where the hidden hand of the G.P.U. is always at work, terrorizing the people by sudden night searches, arrests for no known cause, secret denunciation for alleged counter-revolution out of personal revenge, imprisonment without hearing or trial, and year-long exile to the frozen North of Siberia or the arid wastes of Western Asia. A huge prison, where equality means the fear of all alike, and “freedom” signifies unquestioning submission to the powers that be.

MORALLY Russia represents the struggle of the finer qualities of man against the degrading and corrupting effects of a system built on coercion and intimidation. The Revolution brought the best instincts of man to the fore: his manhood, his consciousness of human value, his love of liberty and justice. The revolutionary atmosphere inspired and cultivated these tendencies lying dormant in the people, particularly the feeling against oppression, the hunger for freedom, the spirit of mutual helpfulness and cooperation. But the dictatorship has had the effect of counteracting these traits and arousing instead fear and hatred, the spirit of intolerance and persecution. Bolshevik methods have systematically weakened the people’s morale, have encouraged servility and hypocrisy, created disillusionment and distrust, and have developed an atmosphere of time-serving now dominant in Russia.

Such is the situation to-day in that unhappy land, such the effects of the Bolshevik idea that you can make people free by compulsion, the dogma that dictatorship can lead to liberty.